Volunteer of the Month - October 2017 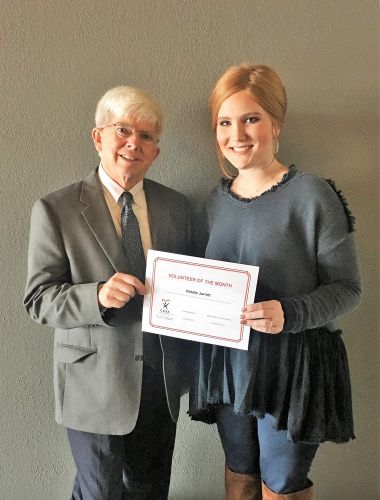 Volunteer of the Month - October 2017

The Court Appointed Special Advocate (CASA) program of the Second Judicial District has selected Natalie Jarrett as its Volunteer of the Month for October 2017. Jarrett has served as a CASA volunteer since March 2017. Volunteers serve as sworn officers of the court, and help to investigate and gather information on cases when children are removed from a home due to abuse or neglect. The CASA information is provided to a judge who makes the decision whether appropriate steps have been taken to return the children to the home or to find them new, safe and permanent homes. “I first heard about CASA when a staff member spoke to one of my Social Work classes about the need for CASA volunteers and the impact a CASA volunteer has on a child’s life. I had already been looking for a place to volunteer with and I knew this would be a great fit since I am passionate about working with children and had plans to adopt one day,” said Jarrett Natalie’s first case was a sibling set of 5 in Poinsett County. “This case was very interesting. The one thing I really enjoyed about it was how the parents were 100% honest with me from the moment I met them. The parents did what was asked of them and the children were able to be reunified with the parents. This was a great case to get my feet in the water,” said Jarrett. Jarrett’s Advocate Coordinator, Michael Graham, nominated Jarett for Volunteer of the Month for October. “It was an easy choice for me. Natalie exemplifies the CASA experience with her attitude, enthusiasm, and volunteerism work ethic. She approached her first case with the dedication and drive of a seasoned pro. She is so special and anyone that has been around her recognizes this right away,” stated Graham. What surprised Jarrett the most about her CASA Volunteer work was seeing the amount of children who benefitted from having a CASA volunteer and then the overwhelming need for more CASA volunteers. “I didn’t realize how many children were in the foster care system. We definitely need more CASA volunteers so they can build that strong relationship with the child and be able to advocate for their best interest,” added Jarrett. Jarrett’s favorite thing about her CASA experience was the many doors that it opened for her to meet other people who want to make a difference in the lives of children. “My Advocate Coordinator was so helpful. I have enjoyed getting to know the other volunteers and the staff and attend the volunteer appreciation events. The training I got was great and prepared me well to take on my first case,” said Jarrett. Jarett is from Harrisburg, Arkansas and is married with two children. She is in the process of completing her Social Work degree at Arkansas State University.