Volunteer of the Month - November 2017 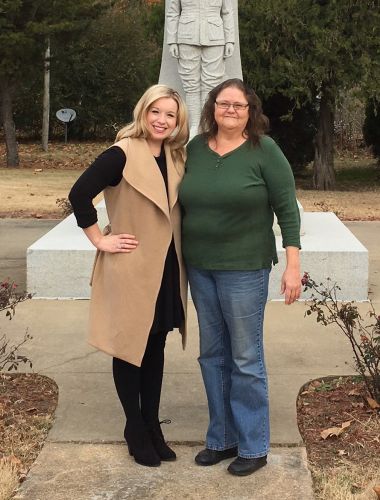 Volunteer of the Month - November 2017

The Court Appointed Special Advocate (CASA) program of the Second Judicial District has selected Marie Taggart of Manilla as its Volunteer of the Month for November 2017. Taggart has served as a CASA volunteer since July 2017. Volunteers serve as sworn officers of the court, and help to investigate and gather information on cases when children are removed from a home due to abuse or neglect. The CASA information is provided to a judge who makes the decision whether appropriate steps have been taken to return the children to the home or to find them new, safe and permanent homes. “I first heard of CASA from a friend of mine who works for DHS. She mentioned the hardships these families face in the court system. I asked what I could do to help and that is when she directed me to CASA,” said Taggart. She then added “I reached out, applied and I’ve been hooked ever since.” Taggart says she loves getting to visit with children and working to make sure they have what they need in their lives. “I love kids and I love to see them happy,” stated Taggart. She is currently advocating on behalf of 7 children in 3 separate cases. Marie is always first to step-up and help CASA out no matter what is needed. Taggart’s Advocate Coordinator, Evan Clower states “Marie has gone above and beyond. She is willing to do whatever it takes to be the best voice for children in her cases and her passion is unmatched and inspiring to everyone in our organization.” When asked why others should become a CASA Taggart said “It’s simple, the children are our future and being an advocate and part of their lives is so rewarding.” “Twelve hours per month is not a whole lot to ask from any of us and that is all the time it takes to give a disadvantaged child a voice,” said Taggart