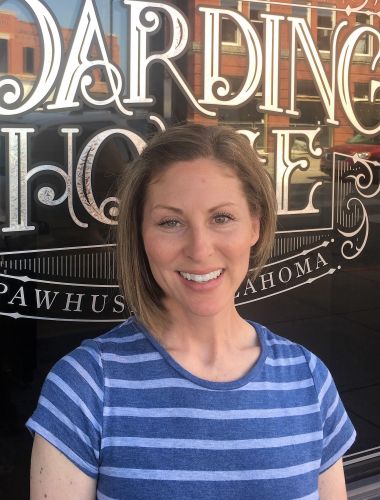 The Court Appointed Special Advocates (CASA) program of the Second Judicial District has selected Leslie Stallcup as Volunteer of the Month for May. Leslie has served as an advocate since October of 2017. Volunteers serve as sworn officers of the court, and help to investigate and gather information on cases when children are removed from a home due to abuse or neglect. The CASA information is provided to a judge who makes the decision whether appropriate steps have been taken to return the children to the home or to find them new, safe and permanent homes. Leslie first heard about CASA in the workplace and was a friend of Amanda Frankenberger, CASA Program Manager. “I thought being an advocate would be a way I could contribute to making a child’s time in foster care less difficult” Stallcup stated. When asked what surprised here about CASA work Stallcup responded “The court process was surprising to me. As an advocate you want to really make a difference right away but you have to be patient and realize the system doesn’t work at quickly as you hoped.” After being assigned her first case Leslie went right to work getting to know the children and what led to them being removed from their home. “I was introduced to the case after it had already been going on for almost a year. There was quite a bit of research to complete in order to get familiar with the situation” she stated. Leslie lives in Beech Grove and is married to her husband of ten years, Cliff. She is employed as a social worker in Greene County Tech school district. To find out more on how you can become a child advocate with CASA visit www.neacasa.org or call 870-935-1099.