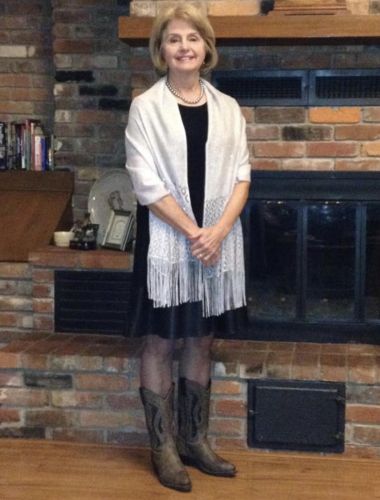 Northeast, AR – April 24, 2019 – The Court Appointed Special Advocate (CASA) program of the Second Judicial District is proud to announce Melinda Knight as the Volunteer of the Month for March 2019. Volunteers serve as sworn officers of the court and help to investigate and gather information on cases when children are removed from a home due to abuse or neglect. The CASA information is provided to a judge who makes the decision whether appropriate steps have been taken to return the children to the home or to find them new, safe and permanent homes. “Melinda has been an active CASA Volunteer since February 2018.”, stated Connie Lindley, Craighead County Advocate Coordinator. “During this time, she has served twelve children on three separate cases. She is instrumental in obtaining services, resources, and gathering information to promote the best interest of abused and neglected children in foster care.”, added Lindley. “I was looking for a way to stay involved with children after my retirement from teaching. After learning what CASA does for children in the foster care system, I felt a call to get involved.” Knight stated. When asked what the best part about being a CASA was Knight responded, “Seeing a child go from an unsafe environment to a foster home where they were much loved and then them finding a permanent placement.” Many new volunteers are caught by different surprises when working their first case. “What has surprised me the most is the depth of the problem of neglect and abuse of children in our area. Also, I am surprised at the load placed on DCFS Caseworkers”, stated Knight. She also encourages others to become Court Appointed Special Advocates adding, “There is a need for more child advocates and it is such a rewarding experience.”