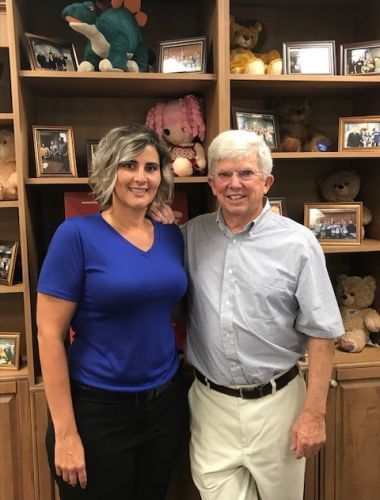 The Court Appointed Special Advocates (CASA) program of the Second Judicial District has selected Allison Beard as Volunteer of the Month for July. Beard has served as an advocate since March 2019. Volunteers serve as sworn officers of the court and help to investigate and gather information on cases when children are removed from a home due to abuse or neglect. The CASA information is provided to a judge who makes the decision whether appropriate steps have been taken to return the children to the home or to find them new, safe and permanent homes. Beard formerly worked as a Family Service Worker for the Department of Human Services in Poinsett County and encountered CASA while working her cases there. “I became a CASA because I wanted to make a difference and am familiar with the needs of children in foster care. I really want to be there for them,” Beard said. “She already possessed the skills necessary to work a court case and has a passion for children in foster care. During her time with CASA she has worked two cases and her impressive work on both cases has positively changed the children’s lives.” Stated Michael Graham, Poinsett County Advocate Coordinator. “I previously worked multiple cases at once as a Family Service Worker. I find advocating for children easy, rewarding, and fun. CASA gives me the opportunity to advocate for them. I love it.” Beard stated. Beard graduated from Arkansas State University with a degree in Social Work and Early Childhood Development. She now works as a Parole Officer and has six children of her own. When Beard is not volunteering, you can find her “glamping” which she describes as “family glamour camping in an oversized, decked-out RV with all the options.”