Volunteer of the Month - January 2019 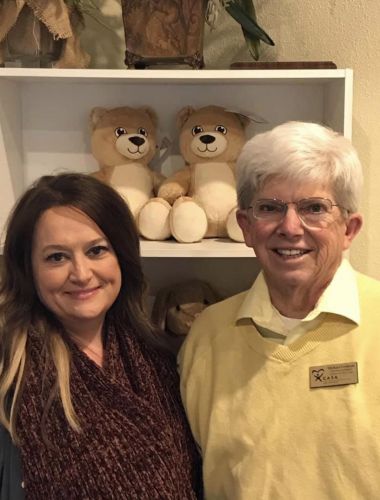 Volunteer of the Month - January 2019

Northeast, AR – January 25, 2019 – The Court Appointed Special Advocates (CASA) program of the Second Judicial District has selected Lori Malone as Volunteer of the Month for January. Lori has served as an advocate since 2015. Volunteers serve as sworn officers of the court and help to investigate and gather information on cases when children are removed from a home due to abuse or neglect. The CASA information is provided to a judge who makes the decision whether appropriate steps have been taken to return the children to the home or to find them new, safe and permanent homes. “Lori has been active as a CASA Volunteer the last 4 years and is currently working on two cases in Poinsett County. Her passion for children and her background have been beneficial for her casework.” Stated Michael Graham, Malone’s Advocate Coordinator. “Lori is extraordinary” “CASA is giving a voice to children who need to be cared for and supported. It is so fulfilling to know I have made a significant difference in the life of a child. I love the CASA organization and everything it stands for.” Malone stated. When asked what surprised her about CASA work Malone responded “The depth of support and dedication from the CASA staff. They have offered advice, partnership, education, training, and fun events that develop their continued relationship and trust.” When asked what the best part of being an advocate is Malone stated, “A child’s voice in court is not just cliché. The court reports are taken in hand by the case participants and given valued consideration. There is a team effort, you know you are vital part of the team. My first case was very joyous as the parents were able to be reunited with their children. It was truly a joyful conclusion to a difficult case” Malone is from Jonesboro, Arkansas. She has a background in Pediatric Pathology and has volunteered with several different organizations. She leads a very busy life being the mother of three boys ages 11, 8, and 3. To find out more on how you can become a child advocate with CASA visit www.neacasa.org.