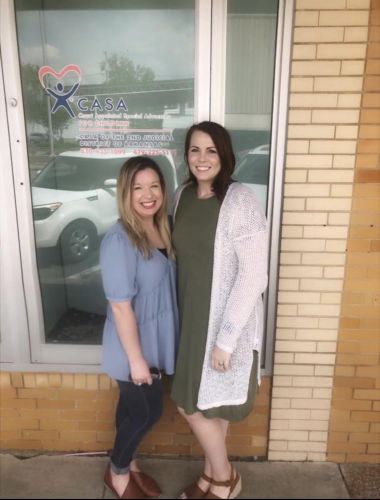 The Court Appointed Special Advocates (CASA) program of the Second Judicial District has selected Paige Harris as Volunteer of the Month for April. Paige has served as an advocate since July 2018. Volunteers serve as sworn officers of the court and help to investigate and gather information on cases when children are removed from a home due to abuse or neglect. The CASA information is provided to a judge who makes the decision whether appropriate steps have been taken to return the children to the home or to find them new, safe and permanent homes. “Paige has been exceptional in advocating for her case. The child she has been advocating for has been in and out of foster care their entire life. Because of her standing up for these children, they now have a chance at having a normal life.” Stated Evan Clower, Mississippi County Advocate Coordinator. “She has made sure to answer calls at all hours of the day and night. She is always there any time she is needed.” “I first heard about CASA when I was a dispatcher for the Blytheville Police Department. I wanted to be a voice for children who otherwise had no one willing to fight for them and their well-being.” Harris stated. When asked what surprised her about CASA work Harris responded “The problem of abuse and neglect of children in Mississippi County. Also, the number of cases the DCFS Caseworkers have on their plate at any given time.” When asked what the best part of being an advocate is Harris stated, “Being able to witness a child go from an unsafe environment to thriving in a permanent placement, whether that be back with their parents or being able to be adopted. I’ve been able to help give a child a chance to have a normal life.” She encourages others to volunteer and become a CASA. “I would encourage others who are interested in becoming a CASA to speak with me and other CASA’s in the community so they would understand how many children need an advocate. The impact an advocate can make in their life is significant.” Harris is from Blytheville, Arkansas. She is the Administrative Specialist for Student Affairs at Arkansas Northeastern College in Blytheville. She leads a very busy life being a wife and a mother to two precious young girls.